So remember a few months ago, when I spoke about how amazing our new recruits were?

How wonderful and electric and magical the energy they brought to the rehearsal process was?

I spoke about how blown away I was, by the sheer force of enthusiasm and joy they brought to the Trayn’d Bandes.   Since then, they have had a nearly full summer at the Bristol Renaissance Faire , with our closing weekend on the horizon.    Over the past eight weeks, they have challenged themselves, they have gone bigger, they have been bolder and they have educated and entertained the people who have entered the encampment.   And this weekend…they graduate from the Bristol Academy of the Performing Arts and they are no longer newbs.

They also experienced something that they didn’t know would occur, they were changed too.   Their lives and minds are now filled with experiences, stories and memories that they will never forget. 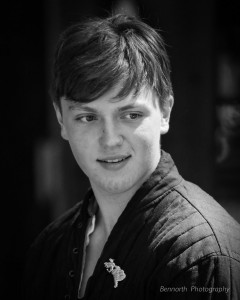 “My summer was amazing! I learned so much about reactionary acting.  In learning this, it has made me more socially confident outside Bristol.   I also have learned so much technical knowledge, that I find I am able to use in my life . In my AP Euro, I was able to recognize that a family in a portrait was rich, because of the rapier that one of the men was wearing.   I’ve made some fantastic friends and so many acquaintances.    I will definitely be coming back next year.”

“My experience with Bristol Renaissance Faire and GSM has truly been magical. When I first started, I always told my 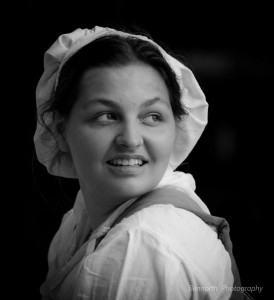 self, “You are doing this for the experience.” I found that I did find that, but I found so much more.   Over my summer I have met people who respect me for me and care about my well-being. I have done things a normal seventeen year old doesn’t do….held a 10 foot pike, fired a musket, had an audience with a queen, and watched a joust on the dais.   It all started with putting a sticker “57” on my chest and being first to walk into an audition room. Its been a long journey, but a happy one.  I grew as a person. I blossomed. Thank you to those who’ve touched me along the way, I hope to touch others in the seasons to come.”

“Coming into this season I was scared beyond belief.   When we 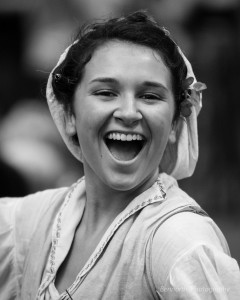 opened up the gates I was sick to my stomach. That said, throughout opening day, I no longer felt scared. I still get nervous before each day starts, but I look forward to it.   Everyday at Bristol I learn a new lesson and they are lesson that I will never forget.  Every single person I met in the cast has taught me something new and has inspired me to continue acting. I never knew that with all of the people I meet, that we would form a connection, and they would help me grow.  Throughout this season I have seen myself grow in ways that I never thought I would. As the season ends,   I am now confident with who I am. I am not afraid to stand out.  I now know I want acting in my life as long as I live. I’ve had so many things happen that I thought would never happen and I have all of these amazing people to thank. Every single person that works at the Bristol Renaissance Faire is an amazing person. Thank you to my Directors Chris and Teh for accepting me into this family.  Thank you Katie, Shelley, and Heather for teaching me how to love me and how to sew.  Thank you to everyone in my cast for putting up with me and welcoming me into your amazing family. I love every single aspect of the Bristol and can’t wait to come back next year.”

“This year the Bristol Rennisance Faire was an amazing experience. Not only was this my first time working here, but it was also the first time I was able to experience it. I had never been to the fair before this year, and thanks to this experience I got to meet some amazing people.   I learned some amazing things from carrying a pike, to what to do in combat and the names of certain 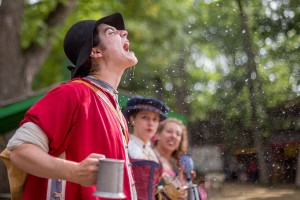 weapons and armor. I have always been fascinated with the renaissance era, and now I am a part of it.  I hope to return again next year, to meet new people and learn even more.” 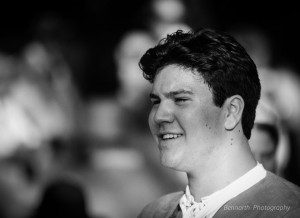 “My first season of the Bristol Renaissance Faire was a very powerful experience.  I learned the values of human interaction and the wonderful connections that can be made between people.  I was taught how to be a better person, by opening up to new experiences and values.  I also learned how to be a better friend to those around me.  I learned new ways of being a better thespian by creating and performing theatre outdoors.   In creating special moments with patrons, I created something that not only they will remember, but I will as well.   Overall, my experience at the faire humbled me and uplifted me.  It is a summer that will stay with me forever.” 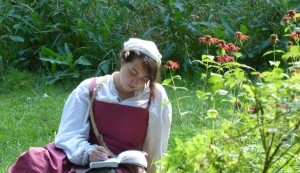 “Going into Bristol, I was sure of two things; one, I could take nothing for granted, because I was lucky enough to trip face first into a superb cast. And two, I had a once in a lifetime opportunity to become something other than what my reality allows.

What I wasn’t counting on was how much I would learn and grow, how I failed gloriously and succeeded even more so alongsidefriends. Something crucial we learned as improv actors was the concept of “yes and”–and I firmly believe it is applicable to life outside of Bristol, too. The world is welcoming and full of possibility when one looks at something and says “yes”. With this attitude and good friends, you are mighty. In GSM we held one another up, saying yes to openness and positivity and support (and pikes). Yes to standing together in the rain and holding out for a spectacular sunset. It was breathtaking to be a part of.

At the beginning of the season, a castmate asked me, “How does it feel, now that you’ve made it to your first day?”

At the risk of sounding totally lame, I answered honestly.

“It feels like…I’ve come home.” It seemed so simple at the time, but I now know it to be true.”

This is just a snippet of the experience our first years have had, and they have so many more to come.  I know I speak for all of us who perform alongside them in saying that it has been an honor and privilege to play and entertain with them this summer.

I wonder what memories will be created and stories will come out of our three day weekend (and final weekend) at Bristol?

Guess you will have to tune in and find out.

– See you in the encampment –