In this age of perpetual mainstream comic book-inspired media, it’s very unlikely that you haven’t come across listicles or memes which ponder the question of, “if you could assemble a team of heroes across brands and publishers, who would you pick?” Comic book fans have spent countless hours concocting lists and debating the merits and flaws of each individual component. But this trend is hardly new to human culture. In fact, over 700 years ago, serious scholarship and debate was focused on just such a quandry.

One of the Stirling Heads, believed to be one of the Nine Female Worthies. 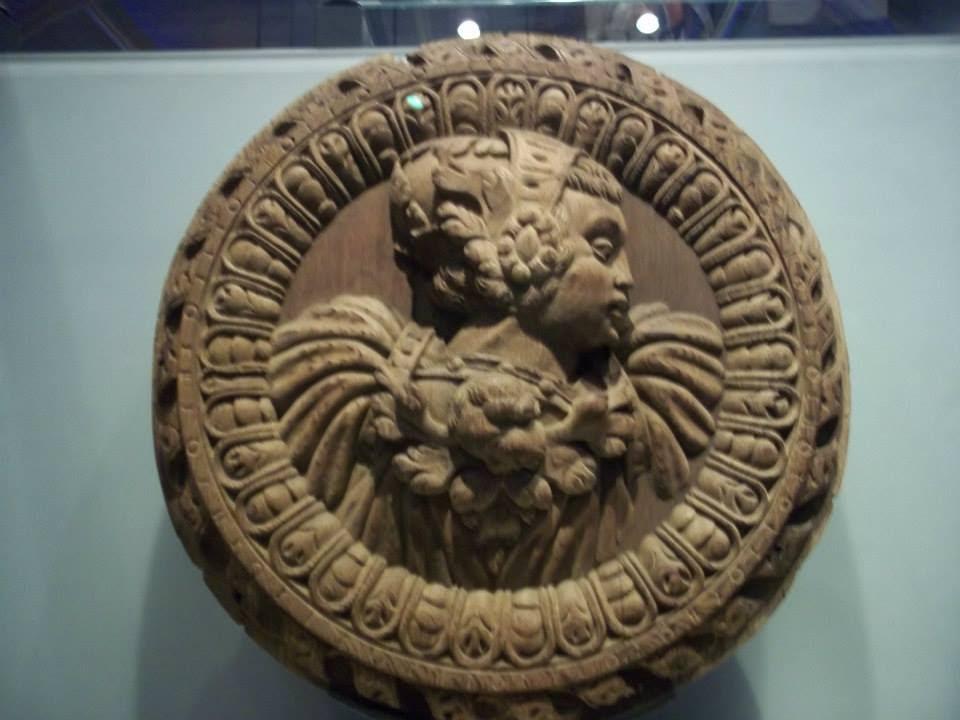 The 14th century witnessed the beginnings of what would become a long-standing fashion in chivalric culture. Jacques de Languon, a court author patronized by the bishop of Liège, is the first to write of the Neuf Preux, or Nine Worthies. Curiously familiar to modern tendencies among comic book fans, the Nine Worthies were a collection of the greatest chivalric heroes drawn from history. Like any good nerd project, there were rules: three heroes are assembled from pagan antiquity, three were Jewish, and three were Christian. Jacques listed them thusly: Hector of the Illiad, Alexander of Macedonia and Caesar of Rome composed the antiquarian lot; Joshua, David and Judas Maccabaeus composed the Jewish team; Arthur, Charlemagne and Godfroi de Bouillon closed out the Christian segment (Arthur remained a historical figure well into the 19th century thanks to texts like Geoffrey of Monmouth’s History of the Kings of Britain). The Nine Worthies quickly became an ideal to mirror chivalric values and criticize the corruption and fallibility of ‘modern’ knighthood. But what’s odd about the Nine Worthies is that there was no actual variation: later writers and artists continued to use these same nine figures time and time again. Eventually, the practice of incorporating a tenth “Valiant” came into popularity, and this typically resulted in proto-nationalist promotions. French writers included Bertrand du Guesclin or Geoffroi de Charny, for example, while Scottish writers liked to include Robert the Bruce as the Tenth Valiant.

Penthesilea, Queen of the Amazons, early 16th century tapestry in the Chateau d’Angers 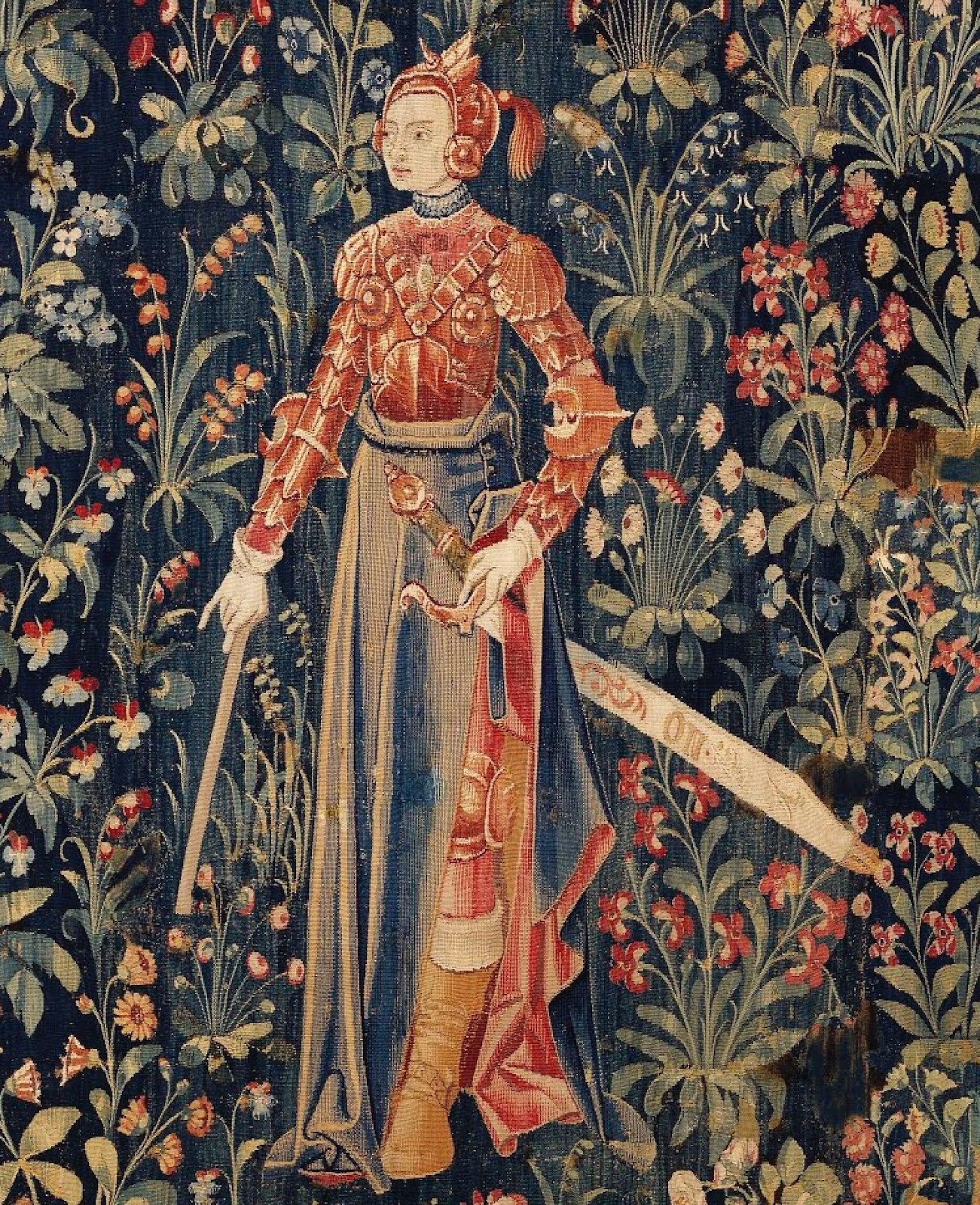 A few decades later, however, a truly fascinating branch emerged. Jehan le Fèvre’s Livre de Lëesce was likely commissioned by Jeanne de Bourbon, wife of Charles V, and this text directly refutes the writings of misogynistic contemporaries. It establishes a canon of female Worthies (Neuf Preuses) including Semiramis, queen of Babylon; Tomyris, leader of the Massagetae and the slayer of Cyrus the Great; Teuca, queen of Illyria and foe of Rome; Deiphyl, queen of Argos and conqueror of Thebes; Sinope, queen of Armenia; and lastly, the Amazonians Lampeto, Hippolyta, Menalippus and Penthesilea.

Later authors would come along and break away from Jehan le Fèvre’s obsession with pagan antiquity and return to the triptych model, but more interestingly, the composition of the Nine Female Worthies became a matter of personal preference. Jewish heroines such as Jael, Judith and Esther were frequently honored, while Christians saints such as Helena, Brigitte and Elisabeth came to represent their block. Antiquity, however, continued to outnumber their peers, and Lucretia, Veturia, Virginia and Penelope made frequent appearances. We also start to see geographic variation of what constitutes feminine ‘prowess’. Humanist thinking took root sooner in the Holy Roman Empire and the Italian city states, so we see Nine Worthies there embodying chastity and piety, while offerings in England and France tend to stick with more martial and traditionally chivalrous figures. 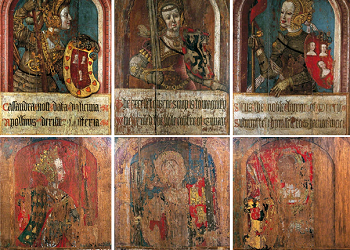 Keeping pace with their male counterparts, lists of the Female Worthies started incorporating the tenth Valiant as well, but as mentioned previously, the composition of these lists was not static. Their variety treats us to a wonderful spread of historical women who participated in battle. Joan of Arc was espoused as a Worthy after she liberated Orleans. In England, we find Boudica, Æthelflæd and Margaret of York on Nine Worthy lists. Closer to our period, we also find Catherine of Aragon, Henry VIII’s first wife, honored for her presence at the Battle of Flodden in 1513.

With the evolution of chivalric thought during the Early Modern period, the popularity of the Nine Worthies experienced a decline. Traditionally chivalric ideals were not as respected or in vogue as they were in the 14th and 15th centuries, and Shakespeare even mocks the concept a bit in Love’s Labor’s Lost, wherein a pageant portraying the Nine Male Worthies has the figure of Judas Maccabaeus confused for Judas Iscariot. That said, the Nine Female Worthies continued to be a point of discussion during the reigns of Mary and Elizabeth. John Ferne’s The Blazon of Gentrie, published in 1586, included a catalogue of the Nine Female Worthies and gave us the following list: Minerva, Semiramis and Tomyris for Antiquity; Deborah, Jael and Judith for Judaism; and Empress Matilda, Isabel I of Castile and Joanna II of Naples for Christianity.

As a concept, the Nine Female Worthies were used to promote values and virtues across the gamut. In England, they most frequently promoted warlike queens whose courage and prowess were legendary, but these women were more often than not provoked to violence. They were almost always queens, although the presence of common birth women does offer a refreshing acknowledgement of the common folk. A very common critique is that some of their virtues were passive at best or victimhood at worst. Aside from the notable exception of Christine de Pizan in the 15th century, the authors of every Nine Worthies list was a man, and so they come from inauthentic voices and do not offer a good picture of women’s experiences in the worlds of chivalry and warfare. They do, however, illustrate that the highest ideals of chivalry, both martial and cultural, applied to women, and in the cases of those historical figures (sorry Arthur!), proves that the mantle of chivalry was not donned by men alone.