We came. We saw. We reenacted. Part Three

Welcome back to the third and final installment of our event report from our time at Military History Fest 2015 !   When we last left off, your fearless and favorite Bandes had finished our day edutaining (There is that word again!) and we filled our bellies with delicious Italian Beef Sandwiches, Cheese Fries and the most delicious chocolate cake ever at Portillos. 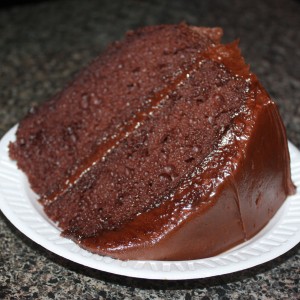 After we had stuffed ourselves and had created substantial food babies in our stomaches…we returned to the Pheasant Run Resort because our last shenanigan of the evening had to take place.   It involved a costume change.

We were about to become the French Resistance.

Yes.  You read it correctly.  The French Resistance.

Our favorite activity on the Saturday night of Military History Fest is to sit around, enjoying each others company and watching our friends and fellow reenactors dressed up to the nines for the Military History Fest ball.   Seriously a ball.  It’s awesome.  Everybody dresses up in their prettiest clothing, from either a different era or modern times.   Words cannot describe the kind of clothing that shows up.  The seamstress and clothing designer in me wants me to go up and just stare at it.   However, I understand that unlike me, some people have spacial awareness, so I gaze from a distance. 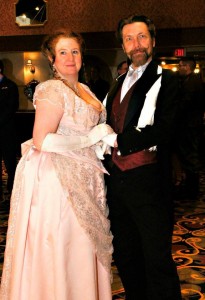 To the left is a beautiful picture of friends of the group, William and Karen Dezoma as Lord and Lady Sunderland, the characters they recreated for the night of the ball.  Just look at them.      SERIOUSLY.  So pretty.    This is the kind of clothing you see all night long.   It’s so amazing to see the talent level of our friends.

Some people  even do clothing changes as the night goes on, presenting different time periods each time. As the evening wanes on, the music goes from specific time period music to the more popular music of today and folks get their groove on.  And let me tell you.

Reenactors know how to PARTY.

Now…the Trayn’d Bandes of Bristol love a good party.  However…partying in jeans and t-shirts is more our style.   Last year we had talked last year about the idea of sitting on the Bourbon Street area that Pheasant Run Resort has, and creating a different impression.   Once again, as with the majority of our hairbrained ideas…..I have no idea how the idea of the French Resistance came up.  What’s important is that it did.   Now we had a couple of approaches we could take with our portrayal.   We COULD all sit around, smoking cigarettes with a permanent look of judgement on our faces saying NO! (Hence the resistance part).  But that would be easy..and stereotypical…and not as creative as we could be.     So one of our guys, Jeff Shoemaker took to the computer and designed our call sign for the evening.    I present to you….. FRENCH RESISTANCE. 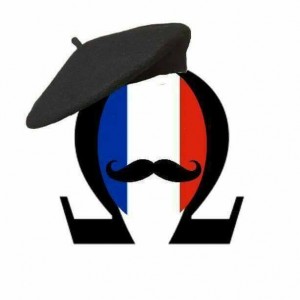 French. RESISTANCE. Get it?!!

We all had brought  white t-shirts and the design was ironed onto the front.   We then ventured to Bourbon Street, took on our French personas and enjoyed our evening.   Our position on the Bourbon Street area was fantastic, as we were able to see everyone as they walked past.  This gave us a great opportunity to connect with some of our friends that we hadn’t had a chance to meet up with yet that weekend.  We also had lots of people stop, give us a double take, look at our shirts and laugh.   We had some stop and give us a quizzical look.   Some people didn’t even see us.  It didn’t matter, we were having a blast.    As the night went on, we realized that French names were necessary to really embrace our persona, so we adopted French names for the evening.   We also sang ALOT of Beauty and the Beast  and Les Miserables.   We were laughing…we were warm…we were indoors….it was awesome.    We closed down Bourbon Street and headed back to our rooms.   (Some of us had taken to-go orders of Portillos Chocolate Cake that were calling our names.)    More importantly, we still had another day of MHF.    We knew Sunday would be busy with patrons plus we had to strike the encampment after MHF closed and we needed to be in our best form.

We had heard rumblings of a substantial amount of snow that was supposed to be heading our way that Sunday.    We are all from the Midwest and recognize the difference between snow and SNOW.  When we woke up Sunday and pulled back the curtains, we could clearly see which type it was. 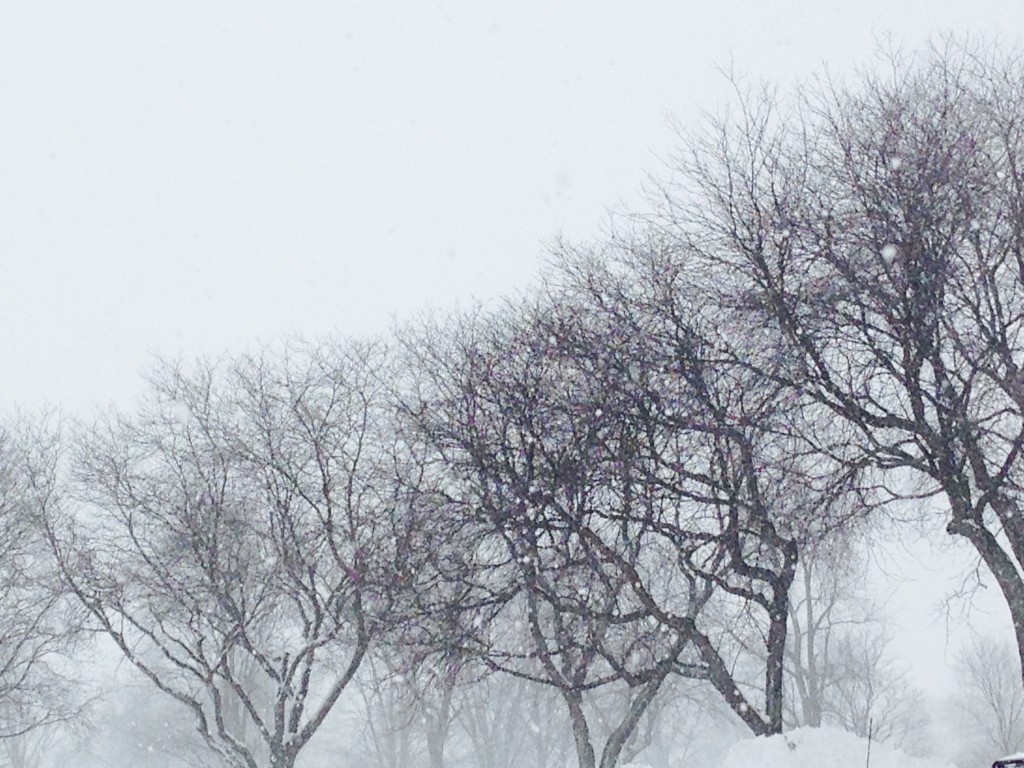 Now the picture above makes it look like it was pretty and wonderful and wintery.

It was so windy and the snow was blowing in all directions.  Even worse, the snow had accumulated, and we aren’t talking a few inches, we are talking UP TO YOUR KNEES accumulation. The snow was falling faster than the plows could clear the roads and visibility was terrible.   Suffice to say…a Currier and Ives painting it was not.

The snow was a buzzkill.   MHF opened at 10am and while we still had patrons coming and experiencing it, they were few and far between.   So many of the vendors and reenactors had come from all over the Midwest and America to be a part of the weekend, and they needed to get a head start on travel in order to get back safely.   That said, some folks decided to just stay another night (or two) at Pheasant Run, and wait out the storm.     As for the Trayn’d Bandes, we closed down the encampment around 12 or so, and packed up the Cock and Weasel Tavern until it’s resurgence next year.

This year’s Military History Fest was  absolutely top notch.    It was filled with so many wonderful connections, amazing interactions as well as hilarious and memorable stories.  Best of all, it was brimming with experiences.  Experiences that we take home and share through so many different ways.  Maybe it’s through a new interaction piece that will be used this summer with the patrons at Bristol.  Or it’s the conversation we had with a veteran, that reminds us how important it is to keep the history alive.    It may even be through a series of event reports on a blog, filled with stories of the experience, sprinkled with humor and a touch of sarcasm.

I can’t wait to see what edutaining* and shenanigans are in store for us next year.